Why You Need to Be Defiantly Committed to Your Goals

Emotionally Struggling with Injury? Do This One Thing.

Turn Your Biggest Failure Into Your Greatest Strength

On the Go Wellness podcast with Regan Archibald, I talked about how pain and injury is one of the best things that can happen to an athlete

Watch this video to learn why.

When I dealt with chronic pain in my knees, all I could think about were my failures.

I obsessed over how much I failed to do the exercises over the years, how I should've trained my body better so I didn't blow my knee out, and how I've failed to move past an old injury.

My pain was a constant reminder of how I failed.

It was all-consuming. No matter the adventure I was on, it was my companion.

But I realized that everything about my old injury, surgery, and pain was perceived as weakness. I felt protective of my body, not free in it. I worried about future surgeries I may need. What adventures I might not be able to do.

I was stuck in a downward spiral.

Then I started to think about what I actually have been able to do as an athletes. The hundreds of miles I've trekked with the mind and body I currently created.

I had a powerful revelation. "If I've been able to do all of these things focusing on failures, what could I do if I focused on strength?>

Failure can either be perceived as a weakness or strength.

When you break a bone, people can typically look at that area of break as a weakness, because, “I've broken that bone. It's not as strong as what it used to be. I've injured it before. It could break it again.”

And I've seen this happen in athletes where they can break the same bone multiple times because they fall into that story of weakness.

So where the fracture is, it's actually a stronger point in the bone. 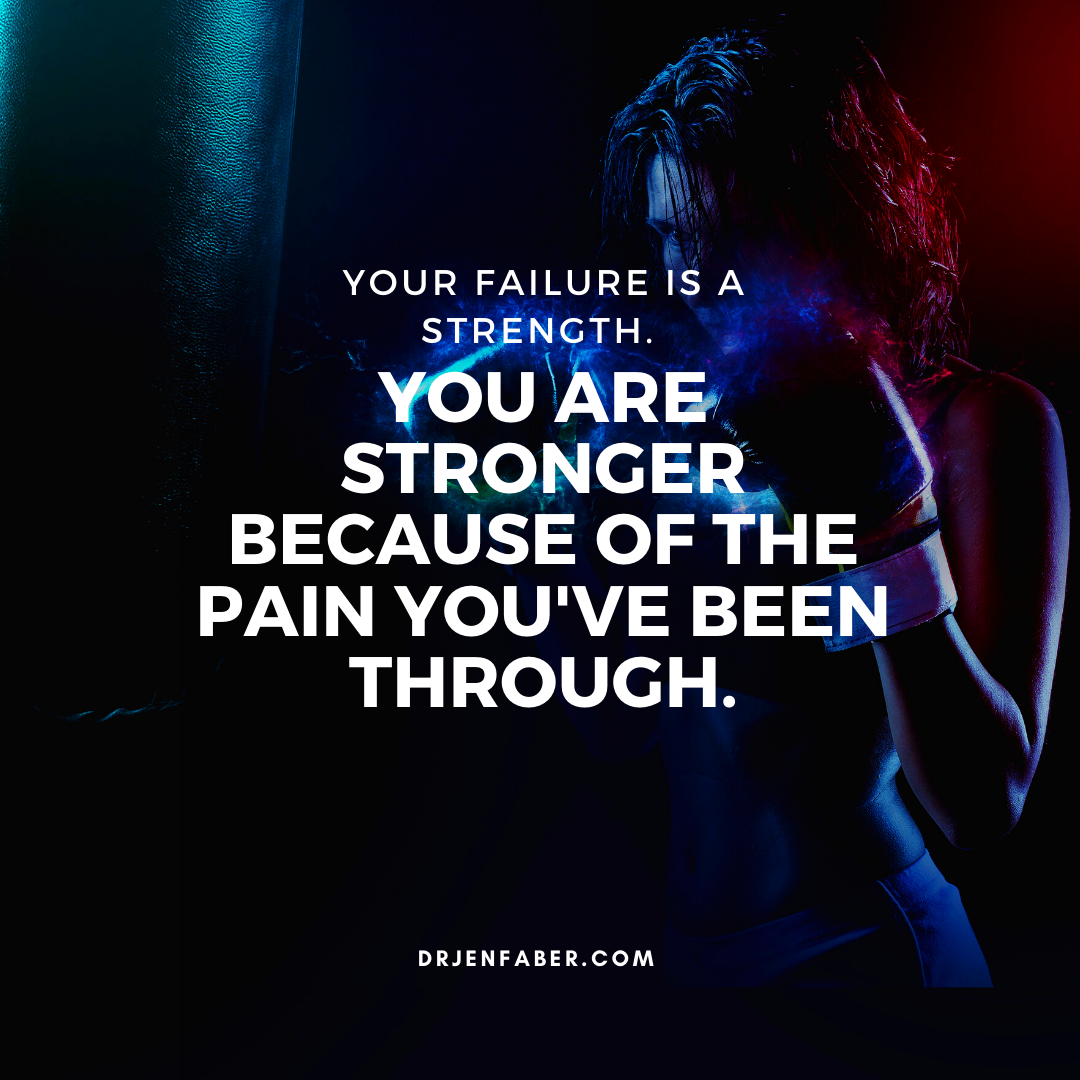 What you haven't done in the past is a strength.

Where you've fallen short is a strength.

The battles you've had to face all build strength.

Because in moments of failure, you can recognize...

What can you change?

What have you learned?

What has that failure taught you]to do differently, to change, to advocate for yourself, so that you can perceive it as a strength.

What I tell my athletes is when you have a failure, people could either perceive you as a failure or people can fear you because you have had it because you know how to channel it.

Every athlete has an Achilles Heel, a weakness, a limitation, a past failure, that haunts them…. and when they know they have to face it, it completely disrupts their confidence.

As your mental conditioning coach, I will help you crack the code that unlocks everything you need to be the total package in your athletic career.

Together, we will turn your greatest weakness and challenge into your greatest advantage, and even your secret weapon. Check out MINDFLEX for on-demand mental conditioning designed to overcome mental barriers. Click here to start your free 7-day trial now.

Dr. Jen is the author of Know or Be Told: How Identity Defines Success and founder of MINDFLEX, an online mental conditioning membership designed to help athletes maximize performance, overcome doubts, create bulletproof confidence, and dominate your biggest competitor...yourself. She has been featured on CBS, CW, TalentCulture, iHeartRadio, and more. Throughout her career Dr. Jen has worked with NFL players, Triathletes, The Lady Gaga Tour, Broadway Performers, The Washington Ballet, The Kennedy Center, National Geographic.

If you want to break through the mental barriers that stand in your way, apply now to the Achilles Advantage Private Coaching Program and see if you qualify.